Blood Ritual: The Adventures of Scarlet and Bradshaw, Vol. 1

The Argosy Library Volume 15
Best remembered as the author of Thibaut Corday and his French Foreign Legion yarns, author Theodore Roscoe wrote another, little-known, long-running series: the adventures of curio hunter Peter Scarlet and Bradshaw, the naturalist. While each appeared in solo stories, they also teamed up in several yarns. These tales of treasure in the Orient are action-filled adventure by one of pulpdom’s best. Without a doubt a lost gem of the pulps. 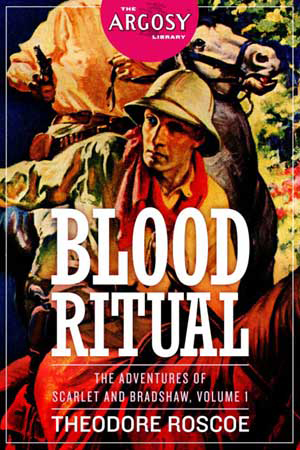 You're viewing: Blood Ritual: The Adventures of Scarlet and Bradshaw, Vol. 1 $19.95
Add to cart
0