“The best writer by a million miles is Fred Nebel, who . . . uses the Dashiell Hammett style, but does Hammett one better. . . . brutality of treatment, bluntness, and vivid character portrayal.”—Hugh Cave, Lifetime Achievement recipient, Horror Writers Association and World Fantasy

Malayan Peril
Following a trail of clues, what secrets does Steele uncover in the remote jungle temple when he encounters the Hidden Council, a mysterious black-robed secret society?

Follow the excitement in these and eleven other thrilling tales of adventure including:

With an introduction by Tom Roberts. 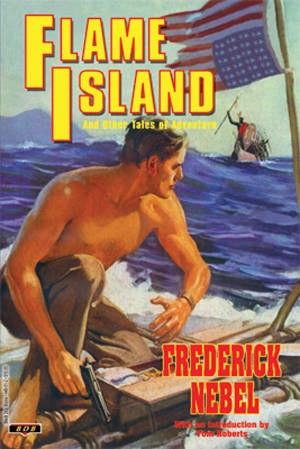