The X-Ray Eye by Robert J. Hogan
“Scientist murdered in Berlin.”  It was that headline in a German newspaper that sent G-8 on the trail of the most ghastly war schemes that ever blasted fighting skies.  Intelligence was not impressed by the news story; but G-8 suspected the motive behind the crime, knew that it promised a horror campaign that might destroy the world—and grimly he set out to combat it! 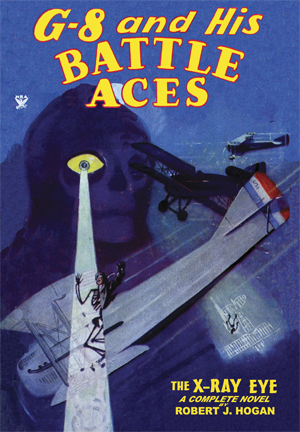