Aces of the Damned by Robert J. Hogan
With the silence of a ghost but with the frightening forces of an avalanche, the curse of blindness descended upon Paris! And in the empty sky where fighting men tripped their guns at the War Gods, the dice of death were stacked against the dying Yanks. There is only one way for the Master Spy—and he takes this last chance of wings of flaming disaster! 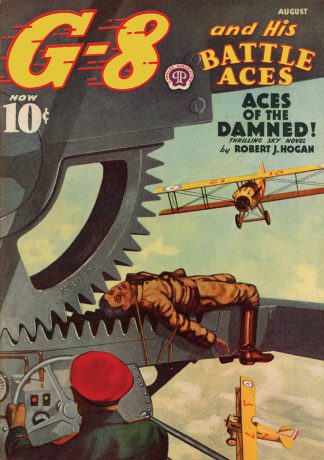