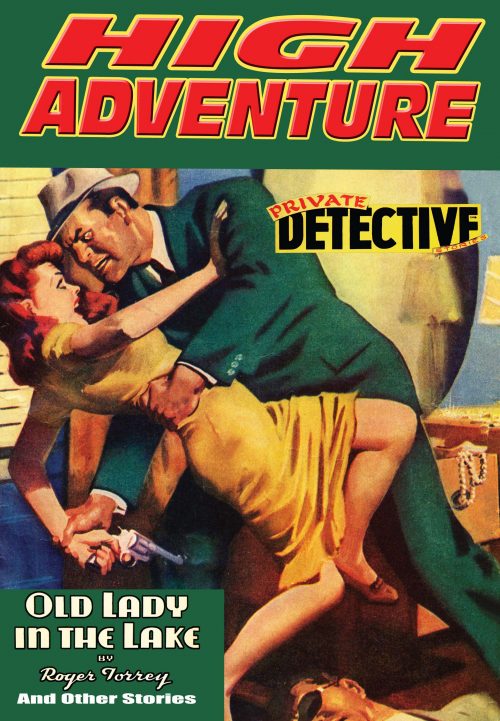 Lady In The Lake by Roger Torrey
That small town appeared deader than the diary-keeping female who’d gone for a swim with a steeL rail tied to her feet—but Phelan’s private-detecting eyes came wide-awake when he tied into the skein of cuttin’, bashin’ and bushwhackin’ which were proof of the town’s very deceptive appearance indeed!

Kill Me Again by Laurence Donovan
That Bolivian mining stock was lalling and rising curiously in value, and corpses were falling without arising. It occurred to Joe Lake and Bumps McCarthy, the two newspaper snoops, that there must be a very menacing connection in those
facts—and dynamite danger for themselves!

Gold Brick by Robert A. Garron
It seemed to Virginia as if her dad just didn’t want her
to have any fun. She had a whole slew of boy friends, all of whom feared her father just as much as he disapproved of them. But the whole world changed for Ginny when she found her father with a bullet hole in his cheek, and immediately they carted her off to jail. 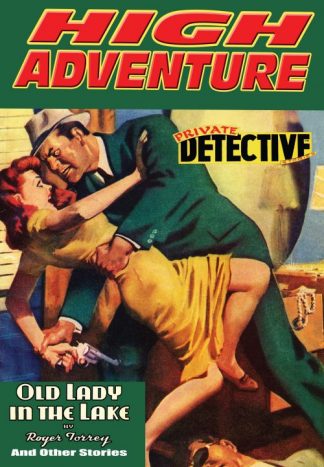