Only -1 left in stock

Two French soldiers journey into the heart of the Sahara and stumble into the ancient kingdom of Atlantis. Eventually desiring to leave and report their findings to the outside world, the duo discover they cannot escape the beguiling powers of the Queen of Atlantis, dooming themselves to a lifetime of loving and serving the eternal queen!

Pierre Benoit’s classic novel about the discovery of ancient Atlantis in the heart of the desert. The Black Dog Books’ edition will mark the first book appearance of this 1919 translation which first appeared in Adventure magazine.

With an introduction by Doug Ellis.

And a foreword by David Hatcher Childress, explorer and author, as seen on the History Channel (Ancient Aliens). 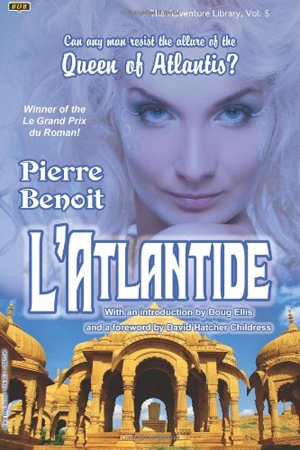