THE THREE WISE CORPSES by Chester Brant
After Blaine, lone-wolf D.A., found that one corpse, he knew there’d be two more.  For the Grim Reaper had left a slaughter souvenir that meant a triple token of doom.
CURSE OF THE CLOVEN HOOF by Paul Adams
When Stan Sheldon hit New Orleans, he found the city overshadowed by a grim specter that left hideous death in its wake.  But Sheldon figured that ghosts couldn’t kill—until he became the target of the phantom marauder.
Suicide Close-Up by John Gregory
League of Doom by Eric Lennox
Deep-Sea Sepulcher by Arthur Flint 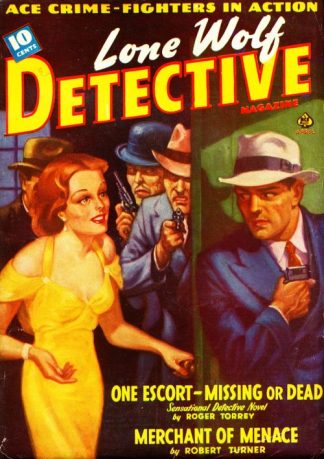