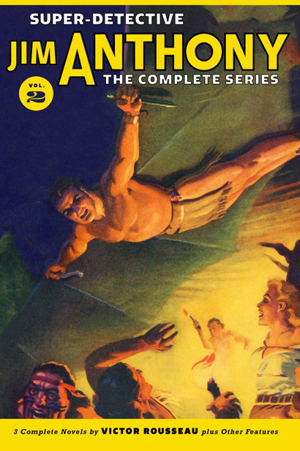 Written by Victor Rousseau
Introduction by Morgan A. Wallace

The complete reprinting of the greatest of the Doc Savage pastiches continues! Volume two of contains the next three adventures of Jim Anthony: “Bloated Death,” “Killer in Yellow,” and “Murder in Paradise.” This volume also includes editor notes and correspondence, as well as an all-new introduction by Victor Rousseau expert Morgan A. Wallace.