Known to mystery and SF buffs as a novelist and prolific short-story writer, Goulart’s natural interest in the genre led him to do comprehensive research on the history of the pulps from 1882 through their demise in the 1950s. The granddaddy of the dime detectives, Golden Argosy (later Argosy ), was launched by young, enterprising Frank Munsey. It was followed by dozens more Black Mask , Crimebust ers , etc., that starred the peculiarly American private eye as invented by such masters as Hammett, Chandler and Erle Stanley Gardner. Goulart cites as a transitional figure the late John D. MacDonald, who wrote prolifically for the pulps before establishing his career as an internationally bestselling novelist. Paperbacks and TV killed the cheap, popular magazines by 1953, the author concludes, adding regrets that so little of the quality material in the pulps has been salvaged and reprinted. 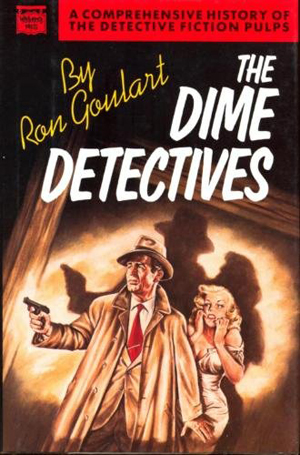 You're viewing: The Dime Detectives $15.00
Add to cart