Duck! as the sound of the Vickers machine guns echo again, while Spads and Fokkers tumble through the skies in these 11 thrilling tales of mystery and adventure set against the backdrop of World War I. For the first time in book form, this volume collects all of Dent’s published air-war stories from rare aviation pulps War Birds, War Aces, Flying Aces, Sky Birds, and Lone Eagle. An instant collector’s item!Volume 2 of the Lester Dent Library. With an introduction by historian Will Murray.

Don’t forget to check out our other Lester Dent collections, Dead Men’s Bones, Hell’s Hoofprint’s, and Fists of Fury. 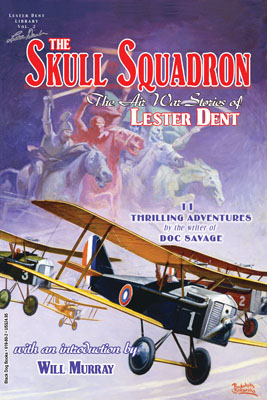