Web of the Sun and The Green Splotches

Web of the Sun

Thomas Sigismund Stribling (1881-1965) penned many short works for the periodicals of his day—adventure, satirical, boys adventure, detective and science fiction—which appeared in Everybody’s, The Century Magazine, Holland’s Magazine, Youth’s Companion, American Boy and Adventure. For the later, he is well remembered as the author of a series of detective stories featuring psychologist sleuth Doctor Poggioli.

Ripped from the pages of Adventure are two unreprinted short novels of science fiction, “Web of the Sun” and “The Green Splotches.”

But the short story form could not corral the ambitious T.S. Stribling who would win the 1933 Pulizer Prize for the Novel for his work, “The Store.”

With an introduction by Richard A. Moore. 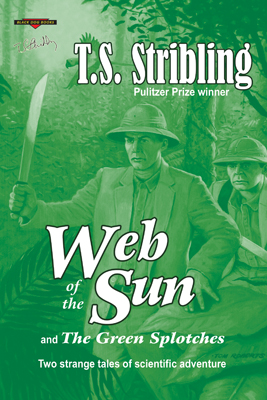 You're viewing: Web of the Sun and The Green Splotches $19.95
Add to cart