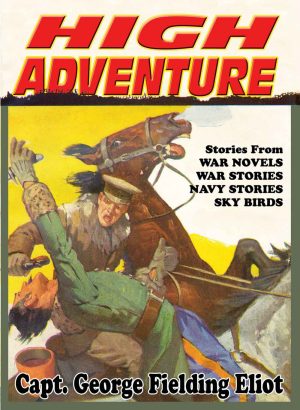 All Stories by George Fielding Eliot
Death Flight
Thrill-packed, taut with action from its first line to its last, is this crackling Complete Novelet of air-adventure in the Thibetan wilderness.
The Desert Legion
The old Sheik Omar Abdullah, rules of the tribe of Beni Igidi, had fought his last fight against the power of France. As he lay dying he called in his two sons, to tell them how they must hate France, and the men of France. The great desert of Sahara was a wild place, and rebellion spread fast. But the Legion was on the move into the hot sands—the Foreign Legion, with its grim men who laughed at death.
Two Fists for Uncle Sam
BRAZIL—Intrigue, massed odds, spies, flashing knives of treachery—but Tremaine was a fighting Navy man! 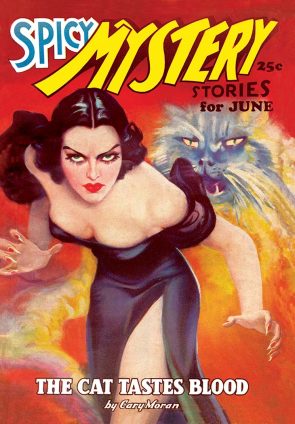 Surgeon of Souls by Robert Leslie Bellem
Mistress of Vengeance by Justin Case
The Cat Tastes Blood by Cary Moran
Dead Man’s Shoes by Lew Merrill
Fate of the Faulains by Jerome Severs Perry
Death’s Chrysalis by Ellery Watson Calder
The Woman Who Would Be Queen by Colby Quinn
Doom of the Half-Dead by Harley L. Court
Lost Magic by Dennis Craig 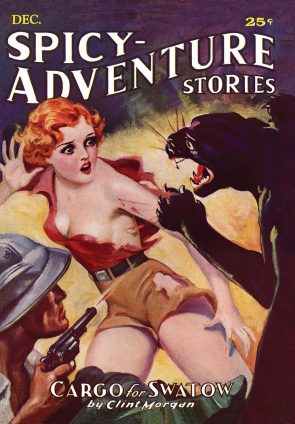