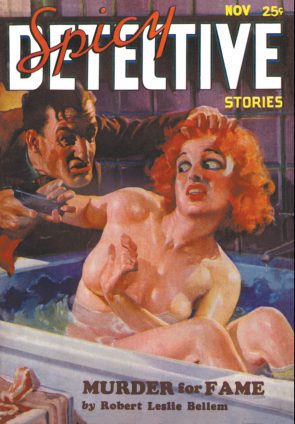 The Fifth Knife by Kirk Rand
Death in Times Square by C.C. Spruce
Red Lips and Blood by Ken Cooper
Murder For Fame by Robert Leslie Bellem
Fifty Grand in Rubies by Ellery Watson Calder
The Silken Clue by Carl C. Blackstone
Death of a Columnist by Saul W. Paul
Sally the Sleuth by Barreaux
Fangs of the Cobra by Harley L. Court 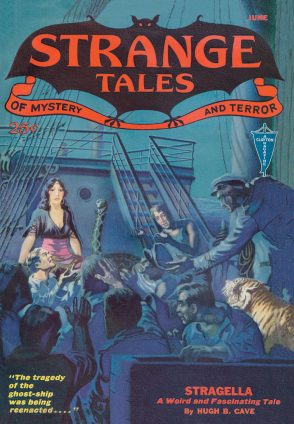 Stragella by Hugh B. Cave
Dread Exile by Paul Ernst
The Great Circle by Henry S. Whitehead
The House in the Magnolias by August Derleth & Mark Schorer
People of the Dark by Robert E. Howard
The Emergency Call by Marion Brandon
The Golden Patio by Aubrey Feist
The Nameless Offspring by Clark Ashton Smith 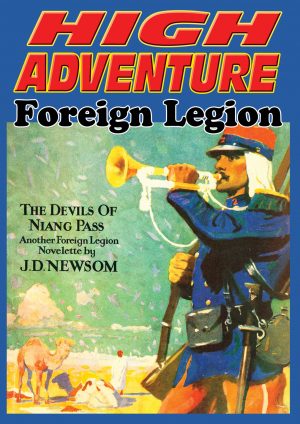 The Devils of the Niang Pass
Truly there are many, many devils in the Lung-Kem hills, on the Tonkin-Chinese border; some on two feet like the Terror before Dawn, some on four feet like the one Pho-Ben-Gia brought to Captain Detaille—but it is the business of the Foreign Legion to smash and break them all.

The Legionaire
Out of the Desert
The Worm
Stripes
Dust