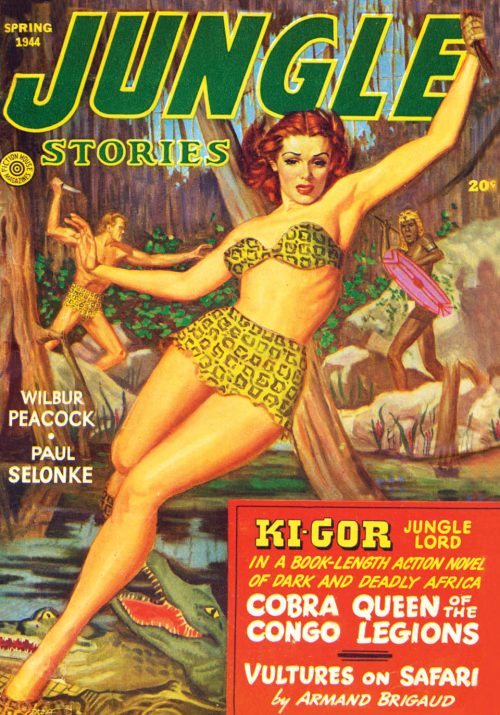 Cobra Queen of the Congo Legions by John Peter Drummond
Ki-Gor, White Lord of the Jungle, was fighting his greatest battle, invading a juju land to save Helene from a murderous Arab and a Cobra Queen.  His only chance of success lay in the help of his native friends—and they were seeking him, their savage weapons drawn, to butcher him for crimes he had unknowingly committed.
The Walking Dead by Paul Selonke
Jewel of Jeopardy by Wilbur S. Peacock
Spears of Ki-Jala by John Starr
The Fos-Fos Juju by Francis Gerard
Vultures on Safari by Armand Brigaud 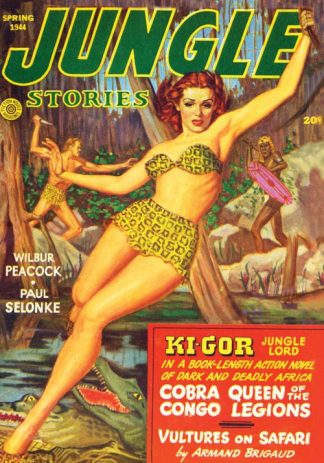