Cattle King For A Day

“Cattle King for a Day,” originally published in “Western” magazine March, 1937 tells of Chinook Shannon who comes to Montana from Arizona after hearing his grandfather has died unexpectedly and has left him the family’s Slash S cattle ranch.  Chinook has always wanted to be a cattle king and arrives in Montana ready to run the ranch.  The only problem is that the ranch will be foreclosed on in 24 hours.  While it may only be one day, as it seems, Chinook is ready to run what he can.  As it turns out a mining company using cyanide mining methods has killed off the cattle and not much is left, however, Chinook finds that all things aren’t right in the area and that his grandfather’s death was caused by a murder.   Chinook has 24 hours to find out who murdered his grandfather and save his family’s ranch.  Be ready for double and triple crosses as Hubbard weaves the tale with the expected twists and turns that are always found in his stories.

“Come and Get It,” originally published in “Western” magazine October, 1938, finds another man getting rooked out of his inheritance when he comes from “out East” to inherit his father’s Wyoming land.  This time however the hero learns nothing is left of the land and takes on a job as a cook to go undercover to find his father’s murderer.  The real twist in this story which made me smile at the end of the book was the identity of the inheritor. 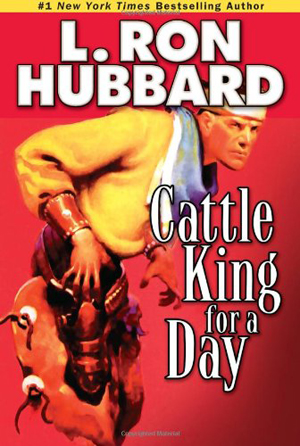