View cart “High Adventure #161” has been added to your cart.

The Brood of the Yellow Dragon and other Stories
John Fiske found himself being swirled along in the waters of the Yangtze away from the U.S. gunboat “Bennington.” Slinking, yellow hands pulled him out—pulled him into the most amazing thrilling adventures ever experienced by any man.  Li Youan, the fearless tiger of Hupeh was capturing Americans—Russia also had her tentacles in this powerful national intrigue—and in the midst of it appeared Fiske, fighting as only a Yankee can. One of Eliot’s most dramatic, exciting stories, and one with a much from beginning to end. 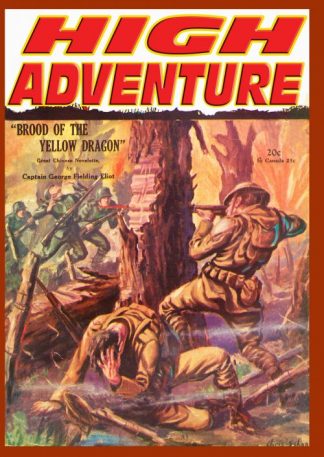